The History of Pride and Juneteenth

Juneteenth has been celebrated yearly on June 19th since 1867, as a day to celebrate the abolishment of slavery and the Emancipation Proclamation in the United States. Celebrations have continued across the United States into the 21st century and typically include prayer and religious services, speeches, educational events, family gatherings and picnics, and festivals with music, food, and dancing.

In 1863, Abraham Lincoln issued the Emancipation Proclamation, which declared more than three million slaves living in the Confederate states to be free. However, more than two years would pass before the news reached African Americans living in Texas. It was not until Union soldiers arrived in Galveston, Texas, on June 19th, 1865, that the state’s residents finally learned that slavery had been abolished.

On June 19th, 1866, the first official Juneteenth celebrations took place in Texas. Within a few years, African Americans in other states were celebrating the day as well, making it an annual tradition. The day was recognized as a federal holiday on June 17th, 2021, when President Joe Biden signed the Juneteenth National Independence Day Act into law

Learn more about Juneteenth and its history: What Is Juneteenth? – HISTORY

What is Pride Month?

Pride Month celebrates LGBTQ culture, achievements, and activism through a series of organized activities, including film festivals, art exhibits, marches, concerts, and other programs. Through these efforts, the LGBTQ community and its allies also aim to increase awareness of ongoing issues of inequality as well as commemorate the lives lost to hate crimes and HIV/AIDS.

In 1969, Stonewall Inn in NYC was one of the most popular gay bars. At this time, police would frequently raid gay bars and harass the queer community as there were still laws banning homosexuality.

On June 18th, 1969, police raided the Stonewall Inn and the LGBTQ+ community fought back. This marked the start of the “Stonewall Uprising” which was a series of events between police and LGBTQ+ protesters that stretched over six days. It was not the first time police raided a gay bar, and it was not the first time LGBTQ+ people fought back, but the events that would unfold over the next six days would fundamentally change the nature of LGBTQ+ activism in the United States. 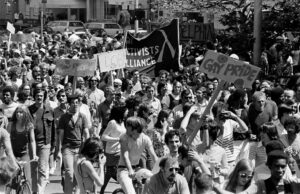 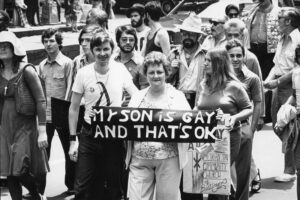 The first official Pride parade was the following year on the anniversary of the Stonewall Riots. Thousands of people flooded the streets for the Christopher Street Gay Liberation Day March, regarded as the first gay pride event ever. The parade was a march from Stonewall Inn to Central Park. In 1971, cities from Boston to London, even West Berline held their own Pride marches.

Today, Pride Month is an entire month dedicated to the uplifting of LGBTQIA+ voices, the celebration of LGBTQIA+ culture, and the support of LGBTQIA+ rights. Throughout the month of June, there are celebrations for all the LGBTQIA+ community has achieved over the years and all there is still to fight for.

Learn more about Pride Month and its history: Pride – HISTORY

Source: What Is Juneteenth? – HISTORY
Juneteenth is the newest federal holiday. Here’s what it celebrates. (nationalgeographic.com)
Pride – HISTORY
What is Pride Month? Facts, Meaning and Why We Celebrate (today.com)